Joe O’Fria knew early on that he had an interest in how banks work and a desire to work in an office setting, but didn’t realize what started as a part-time banker role while in college would blossom into a nearly 20-year career in banking and financial services. 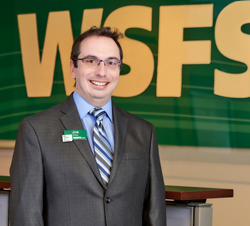 From that first role, O’Fria continued his career in banking with a few different organizations before joining WSFS in 2015 as part of its acquisition of Alliance Bank.

“The culture is what drew me to WSFS during the Alliance acquisition and is a large component in why I’ve happily stayed here,” he said. “It was a breath of fresh air, and I was allowed to be myself and express myself.”

In his nearly seven years with WSFS, O’Fria has worn many hats – both physically and metaphorically – as he’s embraced a culture that embraces him back.

“I dress up for holidays, even for the ones people don’t dress up for,” he said. “The culture of being able to express yourself and enjoy what you’re doing while also learning and growing professionally is amazing.”

That strong culture shines through in more than just holidays and costumes for O’Fria, as he has continued to expand his skillset and take on new roles through the years.

“At WSFS, your opinion matters,” he said. “I feel empowered in my job. We have a strong team and organization that bands together to get things done. It’s shown through the pandemic, and the level of care and attention that is given to Associate wellbeing really makes a difference.”

“Joe is an excellent example of someone who believes strongly in WSFS’ mission and culture, which enabled him to blend so beautifully with the Bank after joining through the Alliance acquisition,” said Lisa Brubaker, Executive Vice President and Chief Information Officer. “We’re proud that as we’ve continued to grow through the years, we’ve been able to provide a welcoming workplace culture for people from other financial institutions or industries to become part of the fabric of WSFS.”

As he has continued to advance his career at WSFS, O’Fria has had the opportunity to take part in the Bank’s Fundamentals of Leadership Program and more, helping lead him to his current role as Deposit Services Manager. 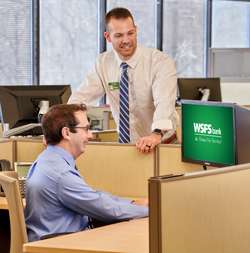 “I’ve been afforded opportunities, and there’s definitely a lot of growth potential for those looking to advance their career,” he said. “There’s room for movement internally at WSFS, and a lot of potential and opportunity within the Technology and Operations team.”

“TechOps is involved in a lot of projects across the Bank,” he added. “Within an Operation role, you have chances to work on enterprise-wide projects that you might not otherwise have, which allows you to get exposure to a wide group across the Bank and build relationships.”

O’Fria has also had a chance to work on projects to support the community, including serving on the committee as part of WSFS’ annual United Way campaign – which raises hundreds of thousands of dollars each year from Associates and the Company to support nonprofits – and taking on the role of campaign co-chair this year.

Through it all, O’Fria has found his favorite part about working at WSFS to be his colleagues.

“Different roles and jobs can come and go, but the people are what really make the difference,” he said. “Collaborating with each other, building relationships, and allowing me to be me, are just some of the things that make WSFS a great place for your career.”

Click here to learn about Technology and Operations career and advancement opportunities at WSFS.

About the Author – Kyle Babcock
Kyle Babcock is Integrated Communications Strategist at WSFS Bank. He has more than eight years of experience in product and professional services marketing, communications and advertising. 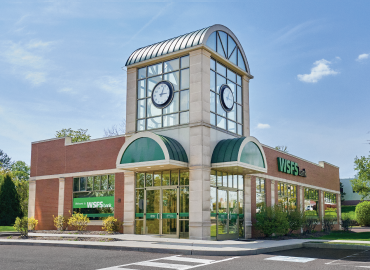 Over the course of her nearly 30 years in banking, Kristie Perry has held a variety of roles as she worked her way through the ranks in the industry. In 2018, when she decided it was time to make a move, she applied for a job at WSFS. As fate would have it, the same day she submitted her application, she was contacted by WSFS’ HR team about a different role with the Bank, and the rest is history. 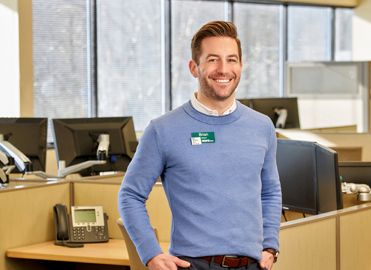 Brian Biasini Seizes Opportunities for Innovation and Growth at WSFS

Brian Biasini’s career path has taken him to multiple industries, but one thing has remained consistent at each stop—his focus on technology and innovation, particularly through the Salesforce platform. “I’ve always been in Salesforce administration and technical roles, previously at a large global retail organization and prior to that an Australian-based bank,” he said. “A few years ago I was looking at opportunities and was drawn to NewLane Finance because it was a startup in the process of implementing their Salesforce platform.” 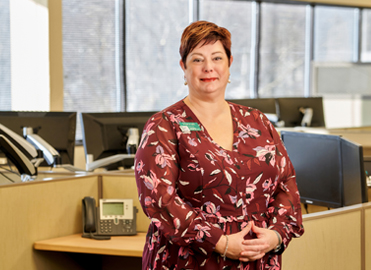 Hannah Harrison’s career at WSFS has seen her wear many hats and take on a variety of different roles on her way to her current position as VP and Sr. Project Manager. “I was working in a retail clothing store and had a few friends who worked for WSFS that recommended I check out what the Bank had to offer,” she said. “I did just that, fell in love with it, and recently celebrated 20 years with WSFS!” 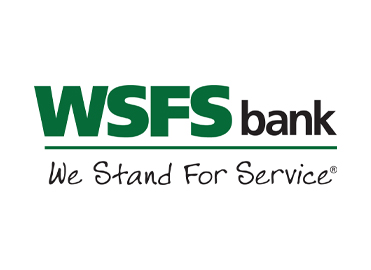 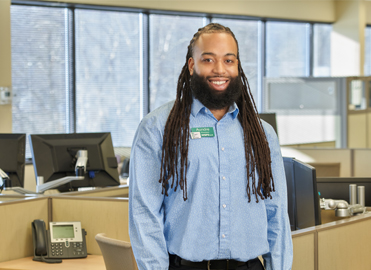 With a strong work ethic and a desire to learn, Aundre Chambers set out on his path toward success when he joined the Tech Impact ITWorks program in 2015. “Prior to Tech Impact, I didn’t really have any professional experience with technology, but the organization was able to help set me up for success in just a few months’ time,” said Chambers.